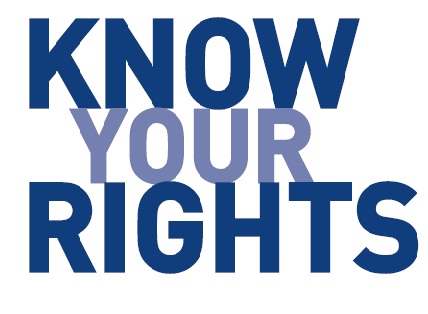 Amaka started working as an analyst in a commodities brokerage located in Victoria Island. Shortly before her employment, the Human Resources manager had resigned due to a dispute with the senior management. Due to this state of affairs, Amaka was not issued with an employment letter by the company and this state of affairs continued unremedied for the next year as the company searched for another Human Resources manager.

Amaka being a hard worker, was not bothered by the non-issuance of an employment letter, believing that she would prove her worth to the company over time. Moreover, she had been jobless for 2 years after the completion of her national youth service, and she was not going to let a simple matter as the non issuance of an employment letter prevent her from enjoying the fruits of such a juicy job.

Fast forward, and Amaka had worked punishing hours  for 3 years under a continuously tense environment worsened by her nasty boss who had been pursuing a vendetta against her for not accepting his lascivious overtures. He had promised to ruin her career and make life difficult for her whilst she remained under his employment. Despite consistently delivering stellar work, she was repeatedly given low grades during performance appraisals and consequently denied promotions. Amaka felt like a slave and was treated almost like one.

A few months later, Amaka received an offer from another investment bank, with considerably better terms of service and benefits. She promptly turned in her 2 weeks notice of resignation and patiently waited for  her salary at the end of the month. On the 30th day of the month, she received a letter from the Managing Director informing her that her resignation had been rejected on the grounds that it was company policy that employees were to give 1 (One) clear month’s notice or forfeit their monthly salary in lieu of notice. The letter was delivered by her boss with a malicious smirk on his toad-like face.

Amaka was incensed!!! This was a travesty, and she was not going to allow it. She promptly sought out legal advice on her options against the company.

The position of the law is that an employee has the right to resign with immediate effect, and the rejection of his resignation is tantamount to forced labour, and also against the time-honoured labour law principle that an employer cannot force himself on an unwilling employee. Employees are considered to have given notice of their intention to resign if they unambiguously inform their employers that they will terminate the contract on a certain date.

From the facts  there was a failure of Amaka’s employers to provide her with an employment agreement stipulating the terms of her employment, including the process for terminating the employment relationship. The necessary conclusion is that the attempt by the company to withhold her salary on the grounds of non-adherence to company policy falls flat on the failure of the company to comply with the provisions of the Labour Act. The absence of an express requirement for 1 month notice implies that the employment relationship could be terminated at will. Consequently Amaka’s resignation is valid at law, and she can enforce her right to the withheld salary against the company by a suit at the National industrial Court.

Oluwole is a musician who someday aspires to make it big in Nigeria. After  several grueling sessions in the studio, he has finally been able to record an album comprising a few tracks.

Having poured his heart and soul into his music, Oluwole takes his album to Kevwe a local radio DJ in order to broadcast his songs  and increase his popularity, which would in turn improve his chances of getting performances and lucrative endorsement opportunities.

Having jumped several hurdles to meet with DJ Kevwe, Oluwole scored a meeting with the popular DJ, where he asked the DJ to add one or two of Oluwole’s songs to his Playlist. DJ Kevwe, after ruminating on the request, told Oluwole that he was not really inclined towards  playing Nigerian music. However, he would be willing to add Oluwole’s songs to his playlist for a month if Oluwole could pay him the sum of N150,000 (One Hundred and Fifty Thousand Naira).

To say that Oluwole was shocked would have been an understatement!! he could not believe that a role model such as DJ Kevwe could be so corrupt! Worse still, he was required to pay for providing the DJ and radio station with content that they would exploit to make profit.

Three months and several radio stations later, the story remained the same, “PAY FOR PLAY”. Now Oluwole is depressed and disillusioned; What could he do to help his situation?

According to U.S. law, 47 U.S.C. § 317, the illegal act of PAYOLA takes place when a  radio station plays a specific song in exchange for money, service or other valuable consideration directly or indirectly and fails to disclose on air as being sponsored airtime—rather, presents the song as being part of the normal day’s broadcast. The word PAYOLA takes it root from ‘payment’ and ‘victrola'(an old form of gramophone)

DJ’s and On Air Personalities have plied the  black trade of Payola since the early days of broadcast entertainment and payments by musicians to disc jockeys (DJs) and presenters as a condition precedent to promoting their songs is neither new or restricted to Nigeria, but is indeed an international practice. Many DJ’s justify their position by claiming that the musical recordings promoted by the artistes are usually sub standard and as a result, the DJ requires compensation for risking their reputation and goodwill for the benefit of the artiste.

Under Nigerian law, there is no overt criminalisation of the act of receiving money for the broadcast of a musical work by a radio station. However Section 8 of the  Corrupt Practices and other Related Offences Act (2000) provides thus:

Any person who corruptly –

(a)    ask for, receives or obtains any property or benefit of any kind for himself or for any other person; or

(b)   agree or attempts to receive or obtain any property or  benefit of any kind for himself or for any other person, on account of-

(i)     anything already done or omitted to be done, or for any favour or disfavour already shown to any person by himself in the discharge of his official duties or in relation to any matter connected with the functions, affairs or business of a Government department, or corporate body or other organisation or institution in which he is serving as an official; or

(ii)    anything to be afterwards done or omitted to be done or favour or disfavour to be afterwards shown to any person, by himself in the discharge of his official duties or in relation to any such matter as aforesaid, is guilty of an offence of Official corruption and is liable to imprisonment for seven (7) years.

From the foregoing, we can see that the act of Payola is not merely an unethical activity, it is a felony!! Consequently, any person who suffers disadvantage as a result of the actions of a DJ may theoretically petition the DJ for the corrupt action.

However, a challenge may arise from the following factors:

Until we begin to name and shame the DJ’s and presenters who engage in this despicable practice, our ears and the music industry may suffer from the influx of sub standard recordings and videos, while the growth of genuinely talented individuals may be stunted by the sabotage of the OAP’s.

Just my 2 cents on the matter.