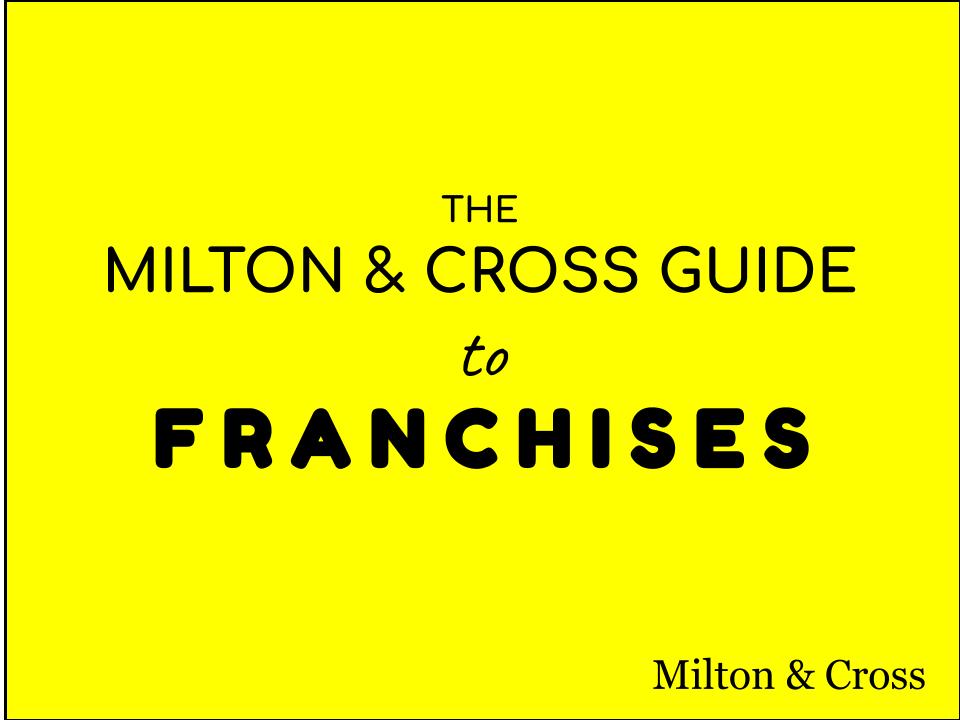 Franchises enable individuals to operate a business with reduced business risk. A franchise simply refers to a situation whereby you or any other individual or group pays money to a company to enable them to use the company’s name, brand, and trademark to do business.

Generally, a franchise is a joint venture between franchisor and franchisee. The franchisor is the original business. It sells the right to use its name and idea.

Investors pay a franchise fee and in return, they get a format or system developed by the company (franchisor). They also receive the right to use the franchisor’s name for a specific number of years and assistance with the implementation of the business. For example, the franchisor may help in finding a location for your outlet; initial training and an operating manual. They also advice you on management, marketing or personnel.

Why are Franchises Created?

Usually, when a business wants to increase its market share or geographical reach at a low cost, it may franchise its product and brand name. However, Franchise ownership is a life-changing endeavor, so candidates want to make sure they are doing their homework and soul searching to ensure they choose the right franchise for them and their families.

To ensure uniformity, franchisors usually control how franchisees conduct business. These controls include:

Many franchisors retain the right to approve sites for their outlets, and may not approve a site you select. Some franchisors conduct extensive site studies as part of the approval process and a site they approve may be more likely to attract customers.

Franchisors may impose design or appearance standards to ensure a uniform look among their outlets. For example, some franchisors require periodic renovations or design changes; complying with these requirements may increase your costs.

Restrictions on Goods and Services You Sell

Franchises may restrict the goods and services you sell. For example, if you own a restaurant franchise, you may not be able to make any changes to your menu.

Restrictions on Method of Operation

Franchisors may require that you operate in a particular way. In addition, they may dictate hours; pre-approve signs, employee uniforms and advertisements; or demand that you use certain accounting or bookkeeping procedures.

Furthermore, a franchise advertising cooperative may require you to sell some goods or services at specific discounted prices, which may affect your profits. Or, the franchisor may require that you buy supplies only from an approved supplier, even if you can buy similar goods elsewhere for less.

The story began sometime in 1949 , Stanley Egware came to Lagos from Delta state with the hope for a better life. Stanley was confident his local recipes for Banga Soup would catch on among Delta indigenes in Lagos state. He thus began serving Banga soup with starch.

Consequently, his menu expanded to include Owo soup, and other major delicacies from Delta state. Customers often frequented Stanley’s establishment for the delectable meals.

Stanley followed the success of the restaurant by further expanding the operation throughout the country. As catering was in the Egware family blood, it was only natural for Stanley’s son Ochuko to take over the family business when he returned from overseas. Warri Pot was born in 1964 as Banga fever started to take hold in Lagos.

Steps to Success through franchising

Firstly, a Warri Pot branch was established in Ebute Metta, employing the entire Egware family, including their spouses. Secondly, as a true innovator in Delta cuisine, Warri Pot was one of the first establishments to offer delivery. The restaurant brand also offered home-cooked soups, and catered dinners.

As a result, within a few years of establishing their first Ebute-Metta location, the Egware family was flooded with offers from entrepreneurs looking to start their own Warri Pot.

From the 1960s, Warri Pot grew from one location to over 50 corporate-owned units. Recognizing their concept could truly go nationwide, Warri Pot decided to officially enter the franchise industry in 2005, growing to over 200 franchised locations in 14 states by 2020.

The Warri Pot story is a true success story. Through hard work, talent, and a dedication to quality service, the Egware family grew their small, mid-western restaurant empire. Warri Pot is now in its fifth generation of ownership and doesn’t look to slow down anytime soon.

Milton and Cross Solicitors advices individuals and business owners on the acquisition and implementation of franchises within and outside Nigeria.

We would love to help you achieve your business goals. Please feel free to talk to us.

One thought on “How Do Franchises Work?”