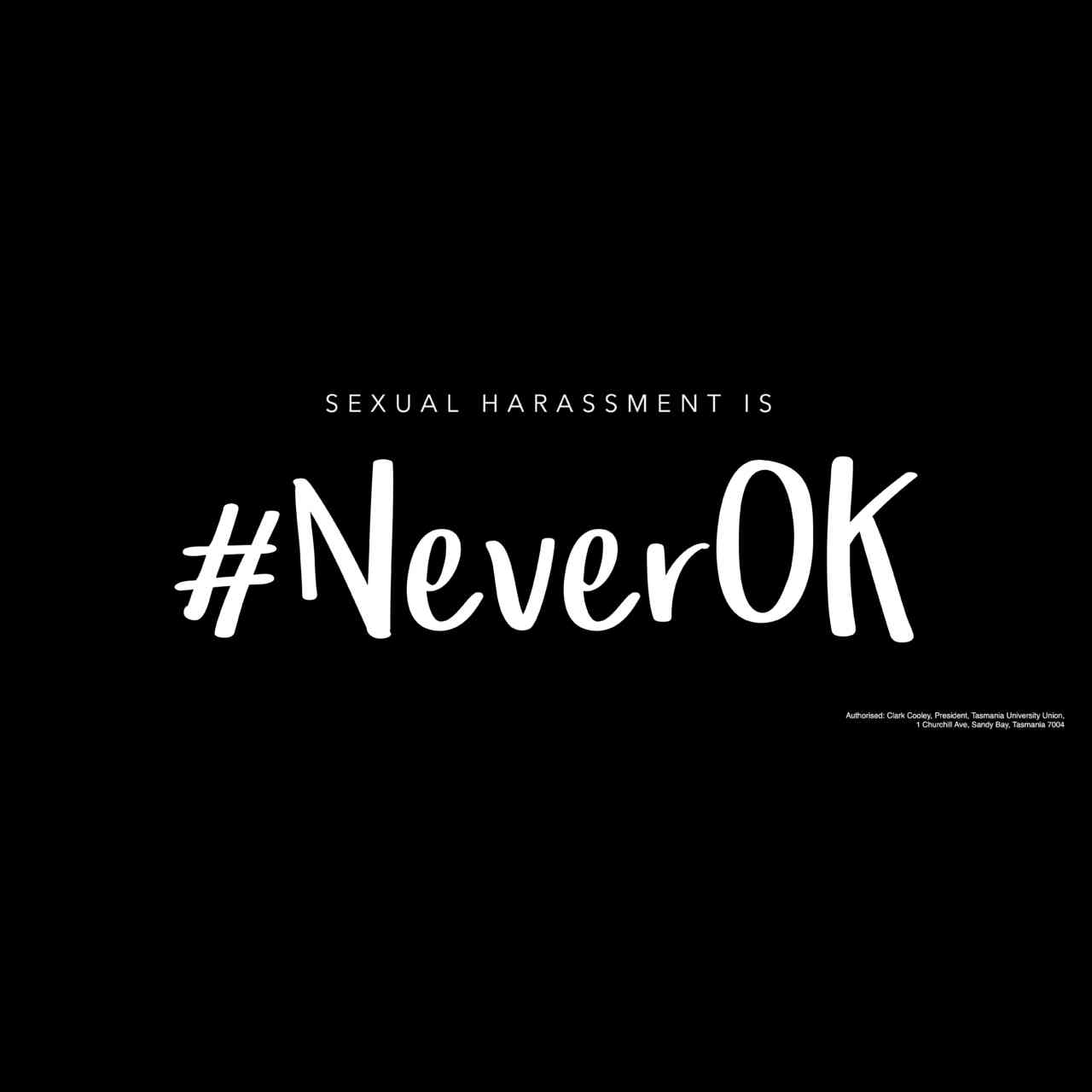 The aftermath of the Harvey Weinstein revelations has unearthed a  depth of ignorance around the whole issue of sexual harassment. There has been the routine conflation with assault and then panicky addition of “alleged” to the end of every sentence, along with wild assumptions about its rarity and triviality. For the avoidance of doubt, this is the harassment 101.

What is sexual harassment?

“unwanted conduct of a sexual nature which has the purpose or effect of violating someone’s dignity, or creating an intimidating, hostile, degrading, humiliating or offensive environment for them.”

It covers indecent or suggestive remarks, unwanted touching, requests or demands for sex and the dissemination of pornography. This legislation is often portrayed as murky or ambiguous, on the grounds that it’s hard to tell the difference between a bit of banter and a humiliating remark.

The humiliation or intimidation of sexual harassment lies in making someone feel that their physical attributes are their main value to the workplace, which undermines any skills or talent or insights or hard work they may also have brought. So saying “you’ll do well in the organisation because you have big boobs” is harassment, even if

b) you personally are not a boob man,

c) you didn’t mean it as an overture and

The test “how would I feel if it were said to me?” isn’t necessarily helpful, since there is context you may have missed, such as what it’s like to be routinely ignored in meetings until your point has been corroborated by three other men, and then congratulated on your big boobs. Sex-based harassment relates to the sex of the target but isn’t necessarily sexual in nature.

How common is it?

Why don’t women report it?

About one in five women do report it. Their outcomes are poor: 80%, according to the TUC report, found that nothing changed; 16% said that the situation worsened afterwards.

Many women never report harassment because of the cultural context they are stepping into, one in which, says the writer and feminist activist Beatrix Campbell, “there’s a knowledge of and tolerance of sexual harassment, that makes women’s journeys through public space always a little bit hazardous. I think the people who talk about this stuff as if it’s nothing forget how heartbreakingly sorrowful we feel about that and how ashamed. The other structural conversation to have about this, apart from power, is shame. I am overwhelmed by hearing these women’s stories. The politics of humiliation has been erased from the discourse. It can’t be underestimated, because you were in that room, he did put his hands on your body. Even if you escaped, the point is that you were there.” 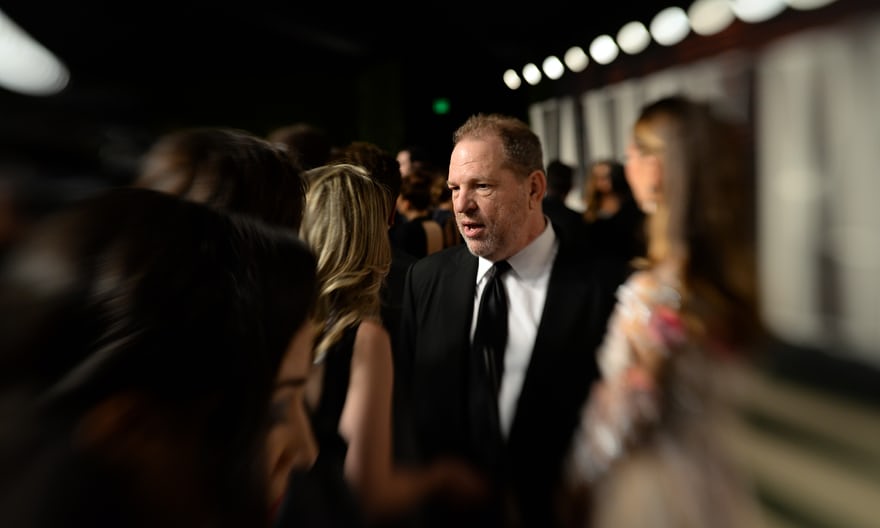 Why would a woman end up alone in Harvey Weinstein’s hotel room?

A few practical reasons: for instance, she had been lied to, told there was a party there or started off in a group that had then evaporated; meetings are routinely held in hotel rooms in the entertainment industry; the junior party in any given business meeting rarely has a decisive say over where it’s held. But really, the slide from civilised interaction into threatening behaviour is all in the hands of the aggressor. There are no formal waypoints, where consent is understood before moving to the next waypoint. Harassment isn’t like a date with a communication failure. However, the fact that this question is asked contributes to the shame and builds the wall of silence.

Is there a typical target, or a typical harasser?

Often the target of the harassment has low power in the workplace, whether by dint of a temporary or precarious contract or being young. The Equal Opportunities Commission (as was) found in 2002 that the majority of harassment cases taken to tribunal were by people who had been in the workplace for less than a year. Research suggests a clear association between harassment and women who are on zero-hours contracts who will just not get offered work again if they kick up a fuss. That is crude power operating in the workplace.”.

Powerlessness has no single source – Terry Crews has recounted his harassment by a senior Hollywood executive, as has James van der Beek; the operative vulnerability was race and age, respectively. The harassers are overwhelmingly male, and in a position of authority over the target.

How easy is it to bring a case of sexual harassment to an employment tribunal?

Juliette Franklin, a senior associate at Slater and Gordon, says that “unfortunately, it tends to be one person’s word against another, because if you’re setting out to intimidate, you do that when there’s no one else around”. Then it will be a case of looking at corroborating evidence. “Has any of this found its way into email correspondence? Can you keep a diary or some kind of record, perhaps send yourself an email so you’ve got something contemporaneous. Have you contacted HR and raised a grievance?”

Companies may have lots of procedures in place that nobody ever follows: they may have a big push on equality training, but nobody has been trained for 10 years.

“An awful lot of cases settle before they get to court, a level of compensation might be paid, other measurements might be put in place,” says Franklin. “That can be biggest benefit of it, making sure someone is taken to task for their behaviour.” The civil system is adjudicated on the balance of probabilities: is it more likely than not that this has happened, and for this reason? It is not a notoriously difficult area in which to secure a victory, but “there’s a great deal to be gained from resolving it as soon as possible”.

Michael Newman, from the solicitors Leigh Day, says “it’s easy enough [to bring a case] as in, the law is there. It’s quite hard for people to decide to do it while they’re still employed by the company. What I typically see is someone bringing an unfair dismissal case, and they’ll reel off a series of harassment incidents which, on their own, they never would have gone to a lawyer about, they’ll just have put up with it. They’d have found it pretty awful, but they couldn’t see a way of reasonably bringing a claim. It’s a very nuclear option.” Sometimes the HR department is inadequate, but often “the individual is so senior that they can operate in relative isolation”. A small employer may not have an HR department. “A garage in Scunthorpe with three people in it … I wouldn’t say it’s particular to any sector, or any large or small employer. Sadly, it’s pretty universal. And often I’ll get a bundle of cases: ‘Not only did you make me redundant while I was pregnant, you also did this a year ago.” The problem with that is the event has to be within the past three months.

Who should solve this?

We’ve got lots of policies on sexual harassment, we’ve been churning out guidance, giving training, we have a couple of hundred thousand elected workplace reps who are trained on how to tackle discrimination and harassment at work. But it really does come down to employers, unions and government. It is now the job of the institutions to take responsibility for this. It’s about women saying: ‘I didn’t do this, you allowed him to do it.’ It’s our problem and their fault.