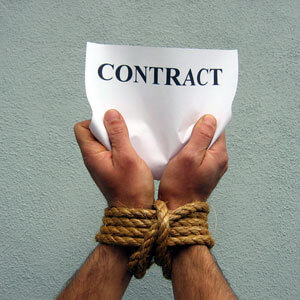 Captain Dan is a pilot who was formerly in the employment of Highland Airways Ltd. A year before his resignation, the company expended substantial amounts of money in sponsoring 2 specialised trainings for Captain Dan in order to improve his skills and increase the number of planes he could fly.

The terms and conditions for sponsoring the trainings were contained in two training bonds which required Captain Dan to remain in the employment of the Company for 36 months and 12 months respectively. Captain Dan thereafter attended the trainings and acquired licences and qualifications as a result, which made him a desirable candidate for several .

This compelled the company to seek legal advice on their right against Captain Dan. Having recourse to international best practice in other jurisdictions, the position of the law is that training bonds are contracts in restraint of trade, but are enforceable if they are considered to be reasonable. The test of reasonableness is whether the restraint is necessary for the protection of the parties’ interest and is not contrary to public policy.

Where the bond is deemed reasonable, the parties can adopt the practice in other jurisdictions where the amount an employer is allowed to recover following a breach of a training bond is limited to the pro-rated cost of the training for the remaining period of the bonding period before the employee breached it. This position of the law provides comfort to employers who incur considerable expenses in providing training for its employees that such investment will be protected by the courts. Arguably, it will also reduce the tendency of employees to flagrantly breach their contractual obligations due to the lure of better offers of employment from their employer’s competitors.

Employers are therefore advised to seek legal advice before drafting their training bonds to be certain that they would pass the test of reasonableness.If a training bond is deemed unreasonably lengthy or restrictive, such as to place the employee in a state of indentured servitude to the employee, the courts may void the legal effect of such an agreement, even though it was freely entered into by the parties.