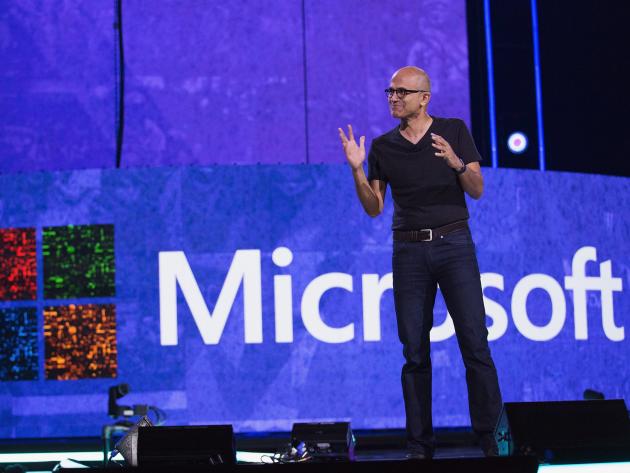 In one of the biggest technology deals, Microsoft Corp yesterday bought LinkedIn Corp for $26.2 billion (£18.4 billion). The $26.2 billion price tag works out to $196 per LinkedIn share (a big premium over its closing last Friday, $131.08).

So what is Microsoft getting that makes it so willing to pay much more than the rest of the free market?

The answer: Us. People. Profiles.

Microsoft’s operations can be divided into seven segments: Client, Server and Tools, Information Worker, Microsoft Business Solutions, MSN, Mobile and Embedded Devices, and Home Entertainment. Since taking the helm of the company, its CEO Satya Nadella has been trying to reinvigorate the once lumbering company since taking over two years ago, and has helped build more credibility around Microsoft’s efforts in areas such as cloud-based services.

In a presentation to analysts, Microsoft said after adding in LinkedIn, the total potential market size of Microsoft’s productivity and business-process segment was $315 billion, up from $200 billion without LinkedIn. And because the acquisition brings a network heavy in marketing and sales professionals, it delivers a shot across the bow to competitors in those areas, such as Salesforce and Marketo.

LinkedIn and Microsoft really share a mission of helping people work more efficiently, said Microsoft CEO Nadella in a conference call with analysts.There is no better way to realize that mission than to connect the world’s professionals. The acquisition, by far the largest in Microsoft’s history, unites two companies in different businesses: one a big maker of software tools, the other the largest business-oriented social networking site, with more than 400 million members globally.

Nadella gave an example of a customer walking into a meeting scheduled on a Microsoft Outlook calendar integrated with LinkedIn, receiving notification that one of the people in the meeting went to college with a colleague.

LinkedIn could also help Microsoft accelerate its shift to the internet by giving it a large online property that has became the de facto standard for posting résumés online. The site is heavily used by recruiters for finding new workers. Microsoft is one of LinkedIn’s biggest customers.

“The future of productivity is around people, identity and data and the relationships between the them,” said Matt McIlwain, a portfolio manager at Madrona Ventures. “Microsoft is buying LinkedIn for the opportunity to leverage these capabilities and combine them with Microsoft’s strong but complementary assets in those three areas.”

Microsoft plans to speed-up monetization of LinkedIn by boosting individual and organisation subscriptions as well as targeted advertising,